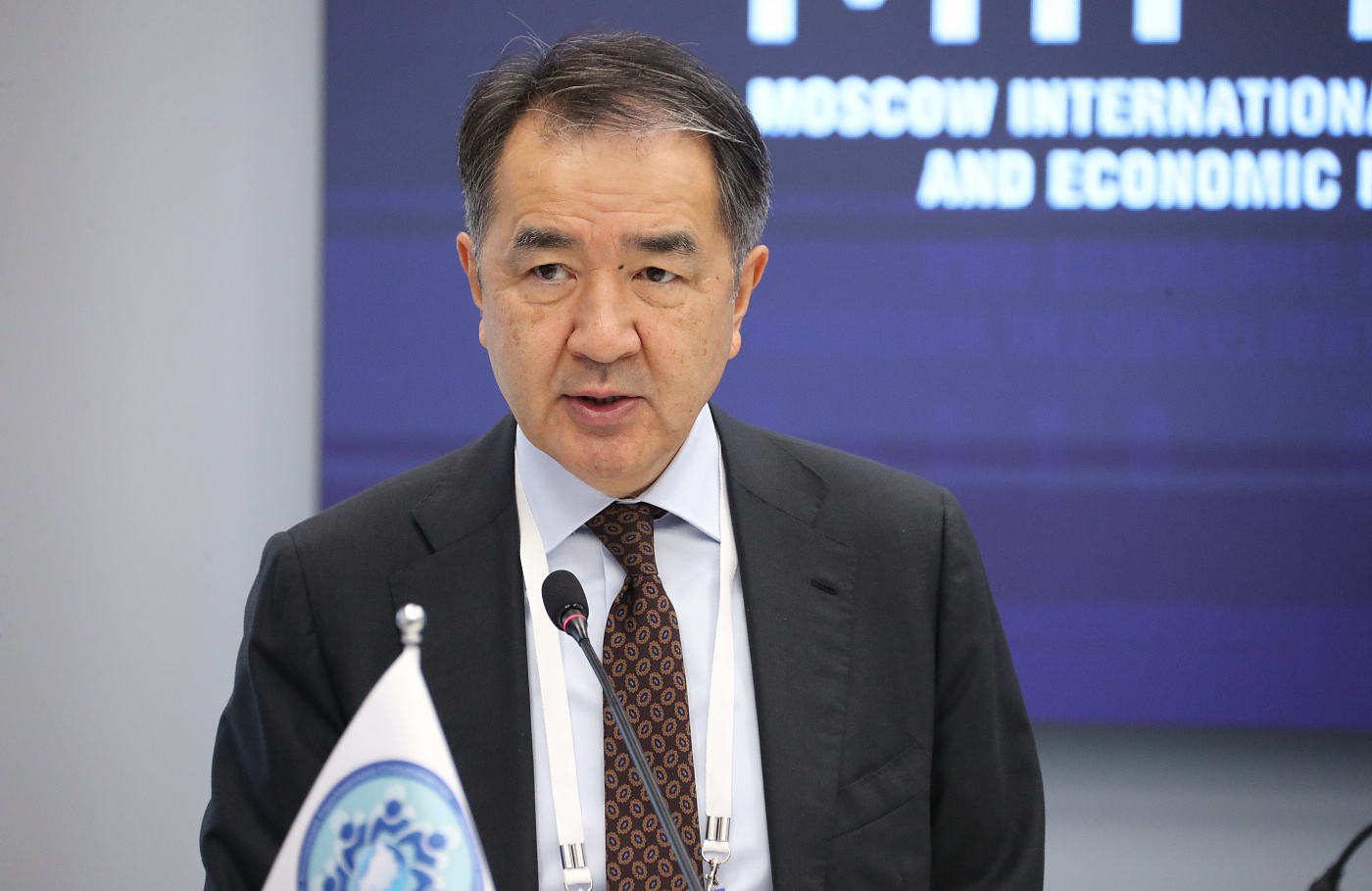 Bakytzhan Sagintaev, Minister in charge of Economy and Financial Policy of the Eurasian Economic Commission, informed on the Eurasian Economic Commission's current activities in the field of economic development and financial policy in his welcoming speech to the attendees of the plenary meeting of the 9th Moscow International Financial and Economic Forum, held annually by the Financial and Business Association of Euro-Asian Cooperation. This year, the Forum was attended by business representatives from over 50 countries.

Bakytzhan Sagintaev has noted that ensuring freedom in the field of trade in services and investment is the key factor in light of weakening multilateral mechanisms affecting economic stability.

“The new economic reality only strengthens the objective of creating the Greater Eurasian Partnership. It will be made up of separate sub-regional units based on the common interest of their participants as well as mutual technological, logistic and infrastructure proposals,” the EEC Minister emphasized.

According to him, creating a sustainable infrastructure for regional cooperation requires increasing connectivity between the EAEU States’ economies. "An important condition is to extend industrial and technological cooperation which could become the blueprint for stepping up production of value added goods," Bakytzhan Sagintaev said. "And joint implementation of transport projects will enable ensuring transport accessibility and forming new logistics chains. Creating investment and innovation consortia as well as implementing investment projects with a high integration effect is, of course, relevant".

The EEC Minister has noted that building a systematic dialogue at the supranational and country levels with the European Union, the SCO, ASEAN and other major regional economic associations remains a priority in international activities. Besides, the Commission aims to deepen cooperation with the Observer States at the Union as well as countries that concluded memoranda with the EEC.