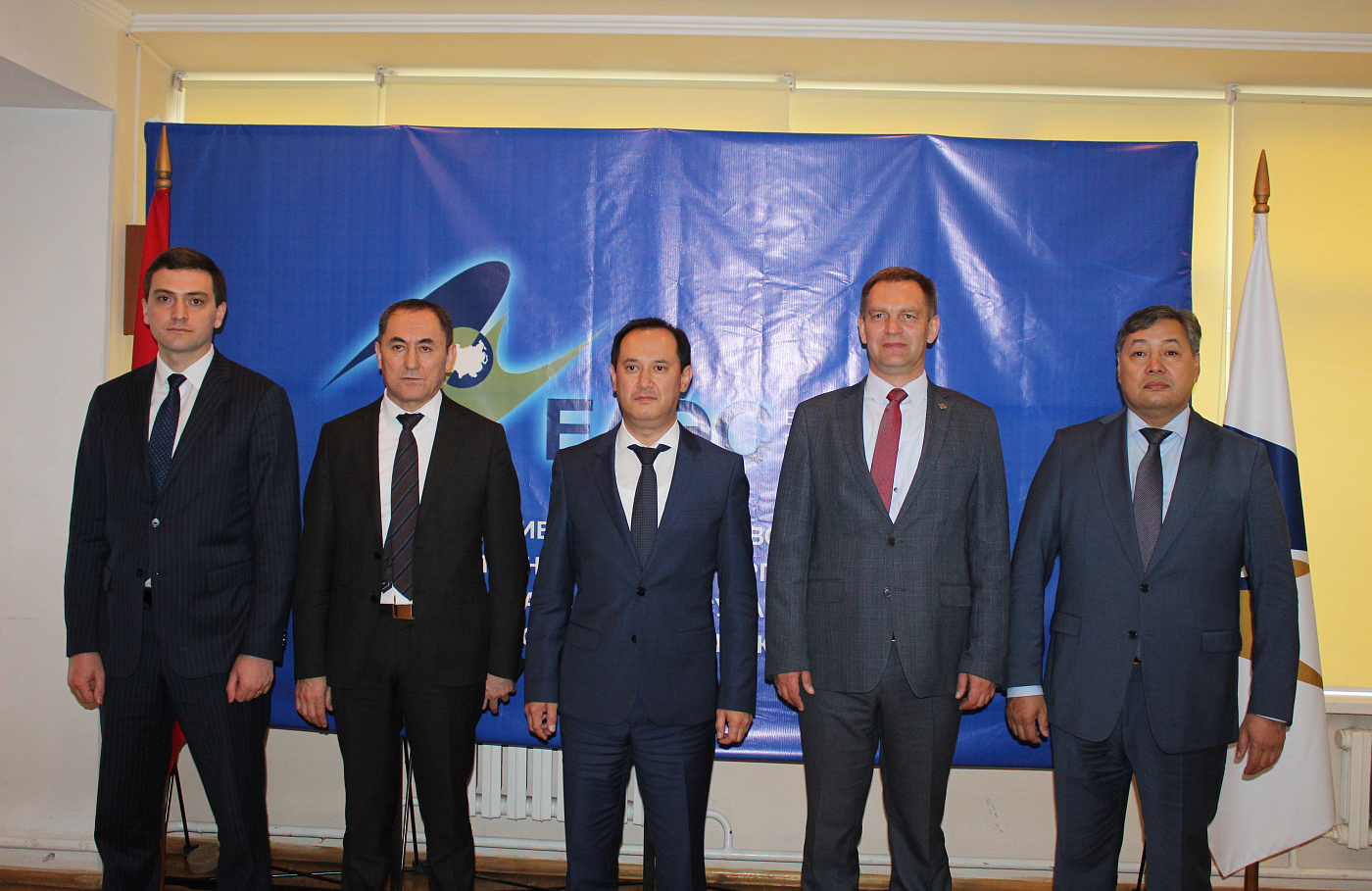 A meeting of the Council of Heads of Authorized Bodies in the Field of Transport of the EAEU Member States attended by ministers and their deputies was held on May 25 on the eve of the Eurasian Economic Forum.
The event chaired by Erkinbek Osoev, Minister of Transport and Communications of the Kyrgyz Republic, was held in a hybrid format.

Executing the roadmap for implementing the Union's transport policy was the key topic of the meeting of the Council of Heads of Authorized Bodies in the Field of Transport of the EAEU Member States.

The heads of transport agencies heard information from Temirbek Asanbekov, Minister of Energy and Infrastructure of the EEC, on executing the roadmap for implementing the Union’s transport policy for 2021-2023.

In particular, Temirbek Asanbekov noted: "19 activities contemplated by the document are scheduled for this year. It is planned to sign two international treaties, adopt three acts of the Union’s governing bodies and seven recommendations of the Board, as well as publish six analytical reports. Efforts are taken in accordance with the agreed deadlines".

The meeting attendees gave particular attention to signing and implementing international treaties. For example, the Ministers confirmed their intentions to promptly adopt an Agreement on permissible masses, axle loads, and dimensions of vehicles when driving on the roads of the Member States of the Eurasian Economic Union included in the Eurasian transport corridors, as well as agreed to intensify efforts on preparing draft international interdepartmental Agreement on requirements to minimum crew complement.

Separately, the meeting attendees discussed the present-day situation in transportation. The integration processes in the field of transport between the Union Member States continue deepening in light of unprecedented global economic challenges. For example, Alexey Lyakhnovich, Acting Minister of Transport and Communications of the Republic of Belarus, informed the meeting attendees about bilateral arrangements reached with the officials of the Ministry of Territorial Administration and Infrastructure of the Republic of Armenia on liberalizing road transportation with third countries.

The Ministers supported the extension of cooperation with integration and international organizations. In particular, it was decided to hold a joint meeting of the EAEU Ministers of Transport and the Shanghai Cooperation Organization. Temirbek Asanbekov, EEC Minister in charge of Energy and Infrastructure, and the SCO Secretariat were instructed to hammer out details of the meeting.