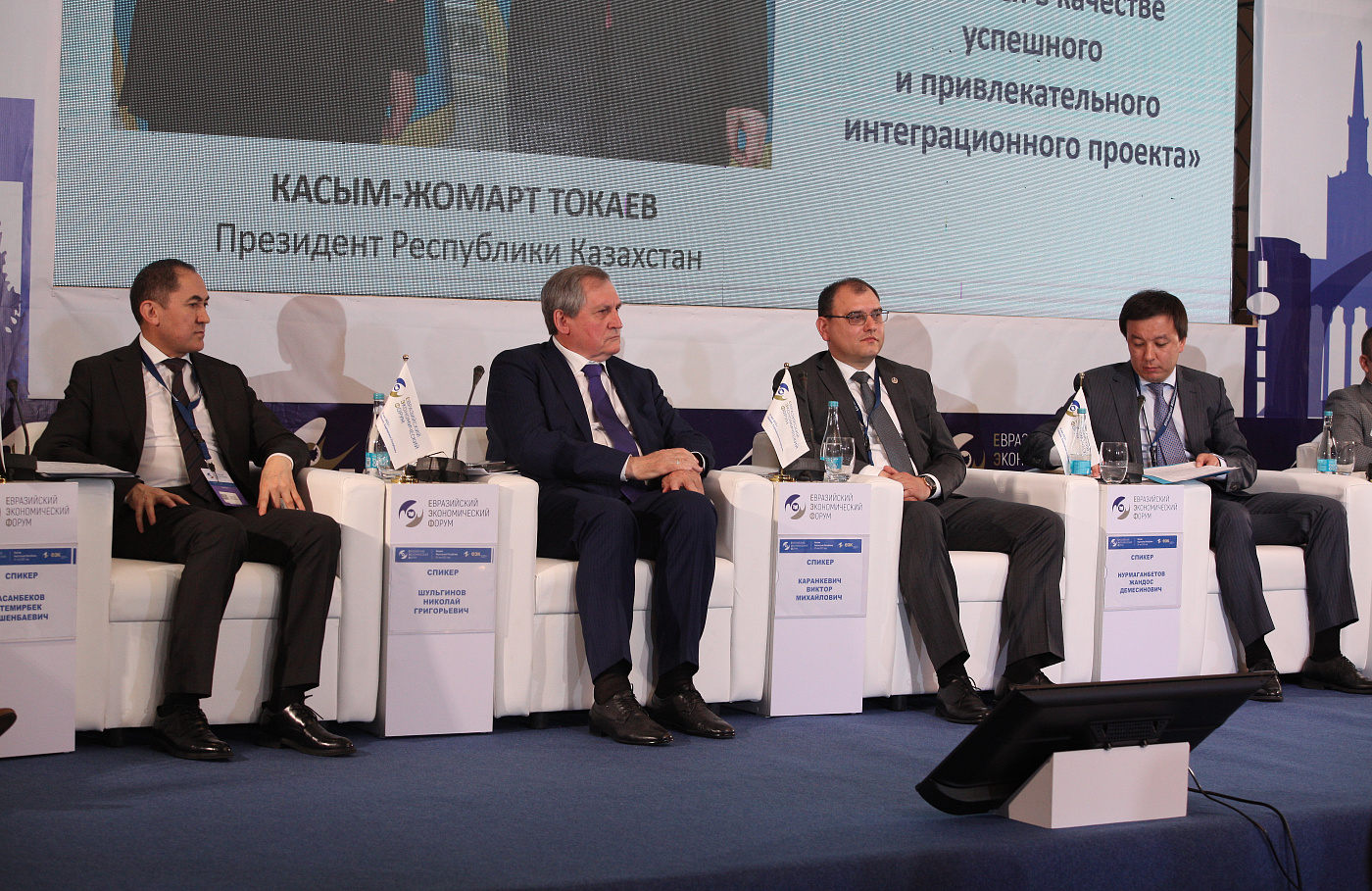 Prospects for creating the Eurasian Economic Union countries’ energy corridors became a discussion point at the panel discussion dedicated to energy and transport infrastructure. Experts in this sphere exchanged their views at the venue of Eurasian Economic Forum 2022 held in Bishkek on May 26.

As the participants of the thematic session noted, in the context of international challenges, the increasing crisis of the global economy and sanctions pressure, the issues of ensuring the energy security of the EAEU Member States, independence from external circumstances, processes and factors threatening their sustainable development were becoming relevant.

In such an environment, the role and value of the common energy resources markets in the EAEU five countries and their coordinated energy policy implementation are strengthening. Primarily, this involves the efficient use of the aggregate energy potential through the creation of competitive energy markets.

Along with that, the Member States' efforts must focus on issues related to the resource base generation within the EAEU, the forecast of supply and demand, attracting investments in the energy sector, security of energy supply and the development of new technologies.

"Under current conditions, it is important to focus on overcoming negative consequences of the crisis and join our efforts to efficiently use the advantages of the Eurasian integration," Temirbek Asanbekov, EEC Minister in charge of Energy and Infrastructure, noted.

Ministers of Energy of Kyrgyzstan, Kazakhstan, Russia and Belarus shared their views on prospects for developing the energy industries of the Member States.

According to Nikolay Shulginov, Head of the Russian Ministry of Energy, it is necessary to construct new and expand current pipelines within the Eurasian Economic Union. The project of a gas pipeline to South Asia has significant prospects. In addition, he noted dramatic changes forcing to reconsider security issues and new corridors for supplying gas and other products.

Nikolay Shulginov reminded that the Russian Federation had an observer status at the Coordinating Energy Council of the Central Asian countries but wanted to become its full-fledged member. "Today, one of short-term plans is synchronization with Tajikistan's electric power system that left the unified system in 2009. However, there is also an important project CASA-1000 of interest to Russia, Kyrgyzstan and Kazakhstan," Nikolay Shulginov shared prospects for further cooperation within the EAEU.

Minister of the Russian Federation assumed that power flow was possible from Siberia to Kyrgyzstan and Kazakhstan, which would, in turn, iron out all problems and become an element of efficient integration use. "Regional cooperation will help us counter the major threats and strengthen integration," he concluded.

The Forum participation is free of charge. The program of the Eurasian Economic Forum is available on the official website.