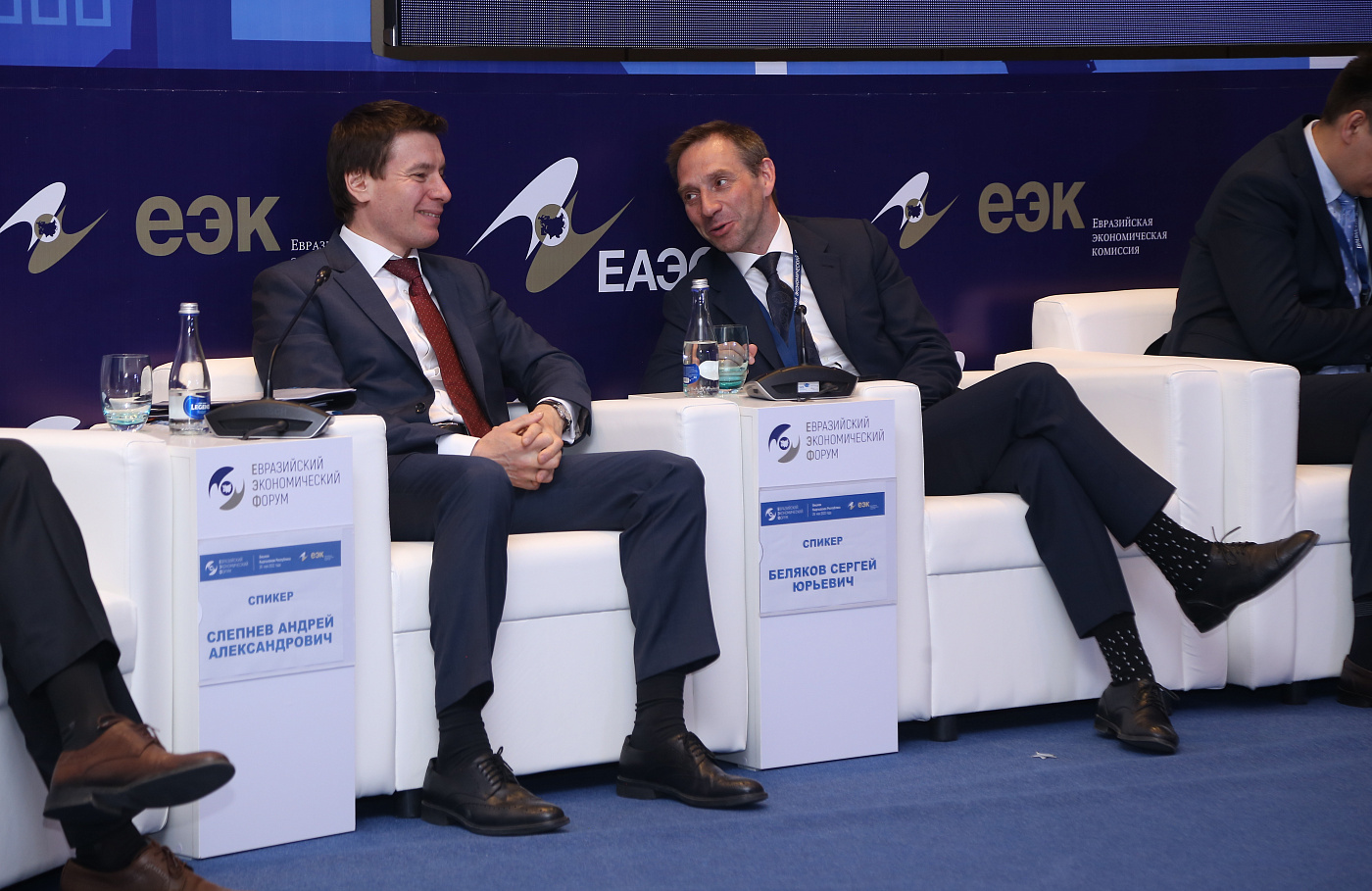 The leading e-commerce associations of the EAEU countries will create a Single Eurasian Internet Trade Association. The relevant agreement has been signed on the sidelines of the Eurasian Economic Forum in Bishkek.

"Last autumn, heads of our countries' governments approved a road map to create favorable conditions for developing e-commerce which in particular involves the development of draft specialized international agreement," Andrey Slepnev, EEC Minister in charge of Trade, reminded during the session "E-commerce: The Backbone of the EAEU Single Market Infrastructure."

One of road map innovations involved the creation of voluntary e-commerce associations in the Union aimed to frame rules for their participants based on self-regulation, as well as to protect interests of citizens and entrepreneurs.

Minister emphasized that new possibilities for industry development within the Union were currently emerging amid the decline in foreign e-trade caused by imposed restrictions. However, legal regulation existing at the EAEU level did not take into account e-commerce peculiarities accurately enough, while the creation of divergent national legal frameworks in the Union countries could lead to mutual barriers.

A way out of the current situation is the development of a specialized umbrella agreement under the road map.

Proposals to be incorporated in the e-commerce agreement included forming universal approaches to the functioning of a single market, vesting the Union with the jurisdiction to develop basic rules, complying with the non-discrimination principle in the protection of e-commerce participants' rights and data circulation regulation, as well as using electronic documents.

"For our part, we are ready to prepare the necessary legal framework. We propose businesses to independently conduct technical interaction on remaining issues, e.g. as part of interaction between associations," Andrey Slepnev concluded.

In his speech, Sergei Lobanov, Deputy Director of the Department for the Development of Domestic Trade at the Ministry of Industry and Trade of the Russian Federation, noted the problem of double taxation in e-commerce within the Union whose settlement was expected to result in a significant rise in trade turnover between the EAEU Member States. In terms of foreign trade, he sees opportunities opening up amid the current situation in connection with the legalization of parallel imports. "This is currently a key solution to maintain turnover volumes and possibly even ensure growth," he emphasized.

Artem Sokolov, President of the Russian Association of Internet Trade Companies, noted opportunities for transboundary trade within the Union that can be opened up by new product categories. "This includes the delivery of alcoholic products, medicinal products, jewelry, dietary supplements and other goods that may currently be sold not in all countries," he explained.

Sergei Belyakov, Managing Director of OZON (Russian Federation), shared the plans to further expand the Internet marketplace in the EAEU space: The company already operates in the Republic of Belarus and the Republic of Kazakhstan and is ready to enter the Republic of Armenia and the Kyrgyz Republic.

In turn, Konstantin Gorozhankin, President of Kazakhstan Business Association of Internet and Mobile Commerce, called for the soonest introduction of the payment option via MIR bank cards on the Internet marketplaces of the Union countries, which will help return clients lost because of external pressure.

Nurlan Kulbatyrov, Deputy CEO of Center for Trade Policy Development (QazTrade) (Republic of Kazakhstan), and Artak Sargsyan, Director of the Non-Government Organization Association for Online Shopping Development (Republic of Armenia) also took part in the work of the session. The moderator was Aibek Kurenkeev, President of the Association of Electronic Commerce of the Kyrgyz Republic.