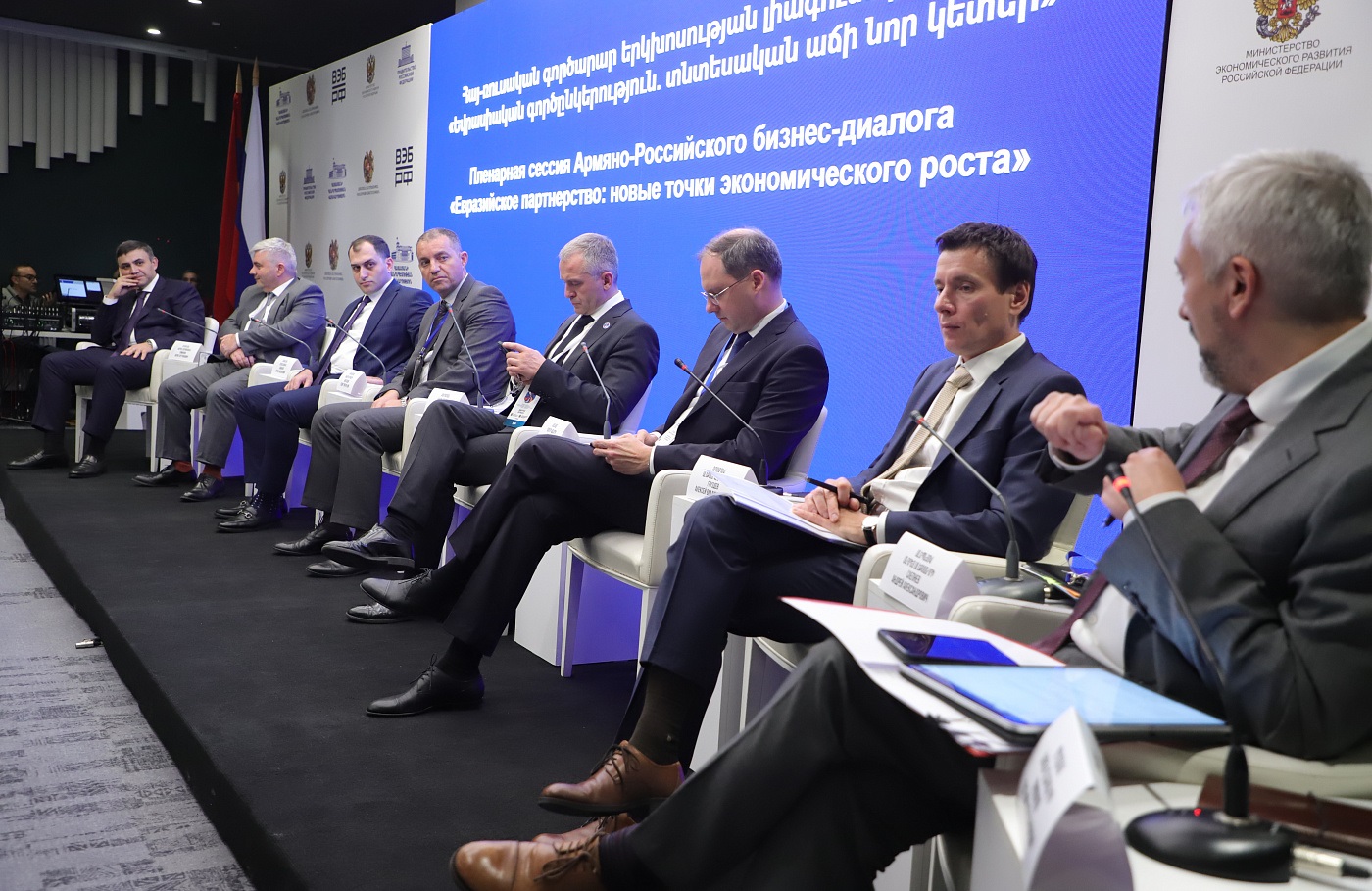 This was stated by Andrey Slepnev, Minister in charge of Trade of the Eurasian Economic Commission at the plenary session of the Russian-Armenian business dialogue "Eurasian Partnership: New Economic Growth Points" held in Yerevan.

"When it comes to Armenia's trade with third countries, then despite the difficult economic environment across the globe characterized by turbulence and global crisis phenomena, the trade turnover increased by 42.9% in H1 of 2022, including exports increased by 31.5%, and imports grew by 51.3%", he noted. "Armenia's trade with the Union’s key trade and economic partners, such as Iran, Vietnam, India, and Egypt, grows in a consistent manner: trade with Iran has increased by 37.3%, Egypt – by 3.9 times, Vietnam – by 2.4 times, and India – by 61.3%".

According to Andrey Slepnev, it is especially important to address these countries through the lens of emerging opportunities for preferential trade, with due regard to the changes in the global trade map and the economic interaction map. It is obvious that the Eurasian Economic Union is not an isolated, but a very sought-after partner here, located in the center of Eurasia and, in fact, forms its basis.

"Our relevance is multi-faceted: these are raw materials, as well as everything related to the need of diversifying sources and ensuring stability, these are transport and logistics capabilities by developing land corridors, these are possibilities related to technologies", the EEC Minister in charge of Trade said. From this perspective, he separately touched upon interaction within the climate agenda where a bank of climate technologies implemented in the EAEU space had already been prepared.

Andrey Slepnev informed on the EEC’s persistent efforts on a full-fledged Free Trade Agreement with Iran as well as the prospects opening up in import substitution and technological sovereignty; he focused on the negotiation process with India. The Minister has stressed that interaction on the North-South track is much broader than developing the transport corridor; this mostly entails economic cooperation as a whole. "If we manage to form an economic corridor to resolve the issues of settlements, logistics, trade, barriers and technologies at the same table, this will be the proper approach", he expressed confidence.

As to other areas where new business opportunities are offered, Andrey Slepnev highlighted Egypt, the next round of negotiations with which will take place in early October. The EEC expects that the framework of future business dealings can be fixed upon its completion. And Egypt acts as a gateway to Africa and the Arab world, providing an enormous potential for the Union countries’ companies.

"If earlier great many people treated the EAEU as a structure created by politicians, today the relevance of the Union for the business community has sharply increased. Companies start diversifying their capacity utilization, and making active use of available possibilities to implement their corporate strategies; and this entails cooperation as well. In this regard, we should think about how the EAEU development strategy is relevant to cumulative changes. It appears, we can think about its further development", Andrey Slepnev made an assumption.

During the plenary session, Varos Simonyan, Minister in charge of Internal Markets, Information, Information Support and Communication Technologies of the Eurasian Economic Commission, presented the concept of the Eurasian Investment Plan as an important tool to combat root causes of obstacles in the EAEU internal market.

"Looking for an answer to non-trivial questions of the Union’s internal market functioning, in particular, how to prevent internal competition and national protectionism, and how to ensure joint access to third markets, we have formed the concept of the Eurasian Investment Plan. The consolidation plan we elaborate pursues several important objectives: the first and primary objective is to ensure stable unhindered functioning of the Union’s internal market, the second one is to increase investments in the EAEU space in key propriety areas, the third one is to increase competitiveness and independence from external impact factors, and the fourth strategic objective is to give a boost to the EAEU long-term economic growth", Varos Simonyan noted.