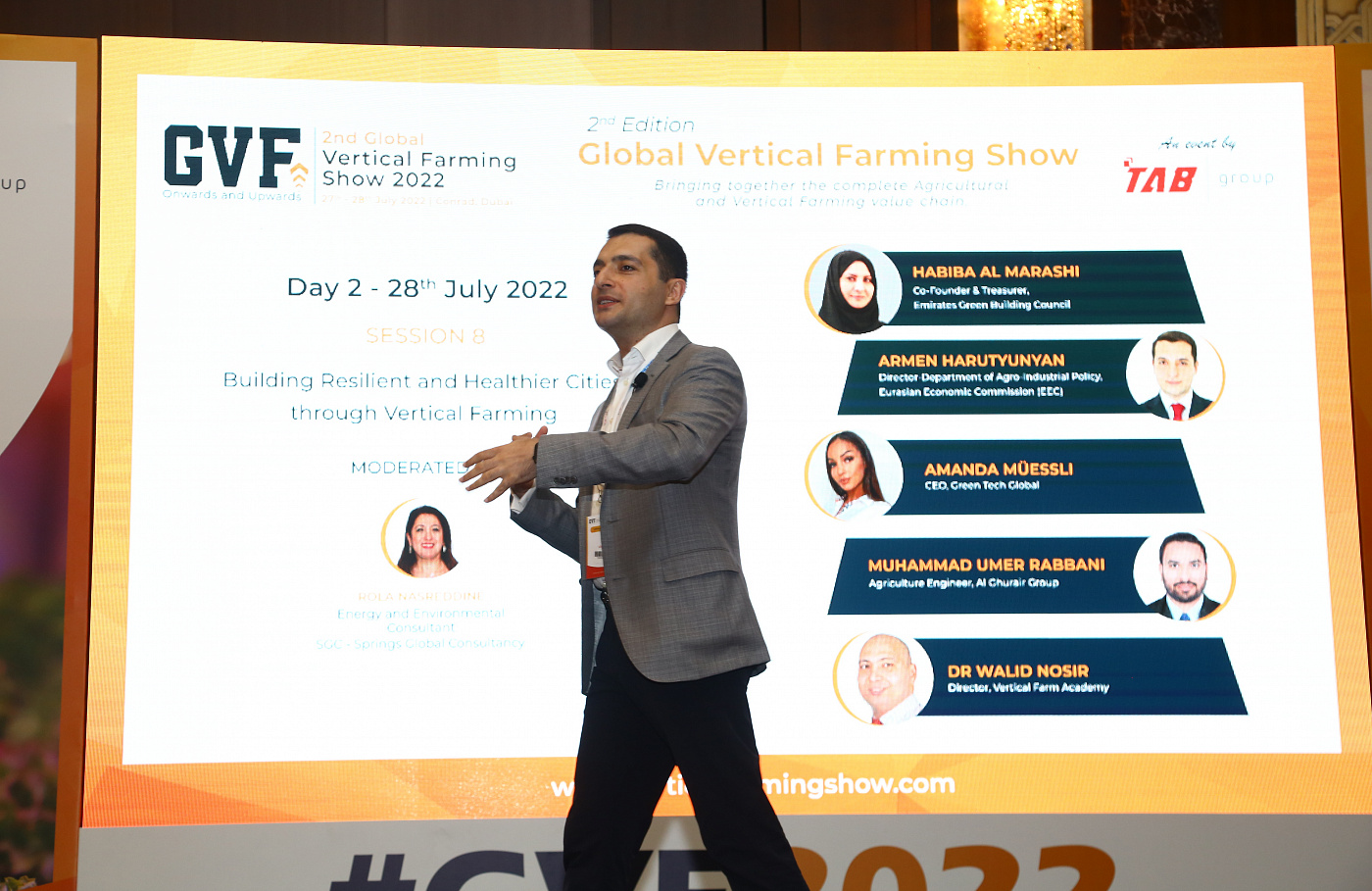 Armen Harutyunyan, Director of the Agricultural Policy Department of the Eurasian Economic Commission, stressed at the 2nd International Forum on Vertical Farming that the issues of ensuring food security and sustainable development of the Eurasian Economic Union States were the EEC’s major focus of interest. Over the past few years, the food sector of all the Union countries has demonstrated dynamic development - the self-sufficiency index reached 93% in 2021.

"The EEC takes efforts in a number of directions. In particular, general principles and approaches to ensuring food security have been approved at the Union level. This is an important step towards forming actual mechanisms for stabilizing the food market, ensuring guaranteed mutual deliveries as well as eliminating existing barriers and restrictions in the EAEU common agricultural market", the Director of the EEC Department reported.

Presenting his report on using the potential of urban agribusinesses to ensure food security during the Forum’s session on building a sustainable and healthy urban environment through vertical agriculture, Armen Harutyunyan informed on the discussions held in the Union on implementing the ESG principles in the agricultural sector.

Besides, in view of the Union’s low self-sufficiency for fruits and vegetables, the Commission, jointly with the FAO, prepares recommendations for developing fruit growing in the Union countries.

The EEC pays attention to the logistic support of agriculture as well as introducing up-to-date technological solutions into the production process as well. For example, the Board's recommendation was adopted to promote the use of precision farming technologies.

The Director of the EEC Department held a number of working meetings and negotiations on the sidelines of the Forum. In particular, he discussed some possibilities of creating the EAEU science and technology cluster in agriculture with Upali Karunaratna, President of Spire Company, as well as new models for developing small and medium-sized agricultural production and introducing state-of-the-art technologies in the agricultural sector with Greg Jaeger, CEO of Cyber Farms.