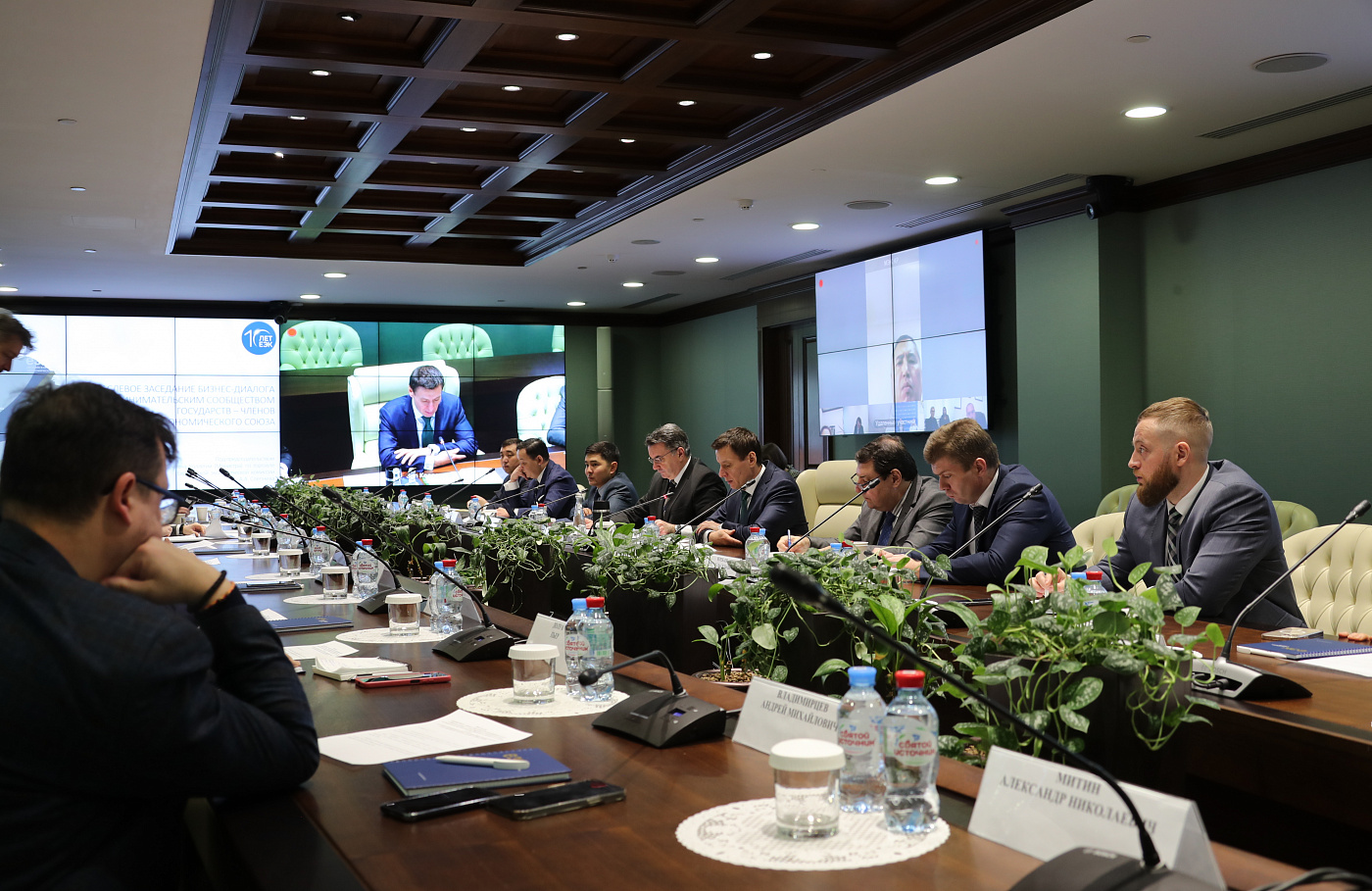 A sectoral meeting of the Business Dialogue with representatives of the business community of the Eurasian Economic Union was held under the chairmanship of the Minister for Trade of the Eurasian Economic Commission Andrey Slepnev.
During the event, opportunities were presented for interested companies from the EAEU countries to develop production facilities on the territory of the Russian Industrial Zone in Egypt, the main vectors of industrial cooperation in the Union until 2025 were outlined, and the prospects for cooperation with Serbia under the Free Trade Agreement were identified.

"All issues discussed today are extremely topical: the Russian initiative on the industrial zone in Egypt was enshrined in the October order of the Intergovernmental Council, new areas of industrial cooperation were approved by the heads of governments last year, and a Joint Committee is planned to be held with the Republic of Serbia in the near future," said Andrey Slepnev. "In this regard, it is important for us to receive feedback from business. As you know, the EEC is carrying out the relevant systematic work on an ongoing basis."

During the meeting, it was noted that, in addition to gaining access to the infrastructure of the industrial zone in Egypt on conditions identical to those for Russian companies, potential residents from other EAEU states will be able to sell their products duty-free both in the Arab Republic itself and on the territory of its partners in Africa and the Middle East, Europe and Latin America. "This will be a perfect addition to our future free trade agreement," Andrey Slepnev emphasized.

In terms of industrial cooperation within the EAEU and with third countries, representative of the industrial block Zhaslan Azenov informed the business community about the implementation of the Main Directions of Industrial Cooperation, promising areas of cooperation and export, and about the mechanism of financial support for cooperative production in the Union, which is planned to be approved. For his part, the representative of the trade block Mikhail Cherekaev spoke about the active work that is being carried out in the framework of negotiations on the conclusion of preferential trade agreements in terms of promoting export-oriented industries.

Andrei Slepnev urged entrepreneurs from the EAEU countries to more actively apply to the Commission with proposals and problems on the eve of the Joint Committee with Serbia, which is expected at the end of this year or the beginning of next year. He drew the attention of business community to negotiations on free trade, which could lead to the creation of exclusive conditions for the enterprises of the Union to access the large Iranian market as early as next year, as well as to the upcoming start of negotiations with Indonesia, the world's seventh largest economy in terms of purchasing power parity.