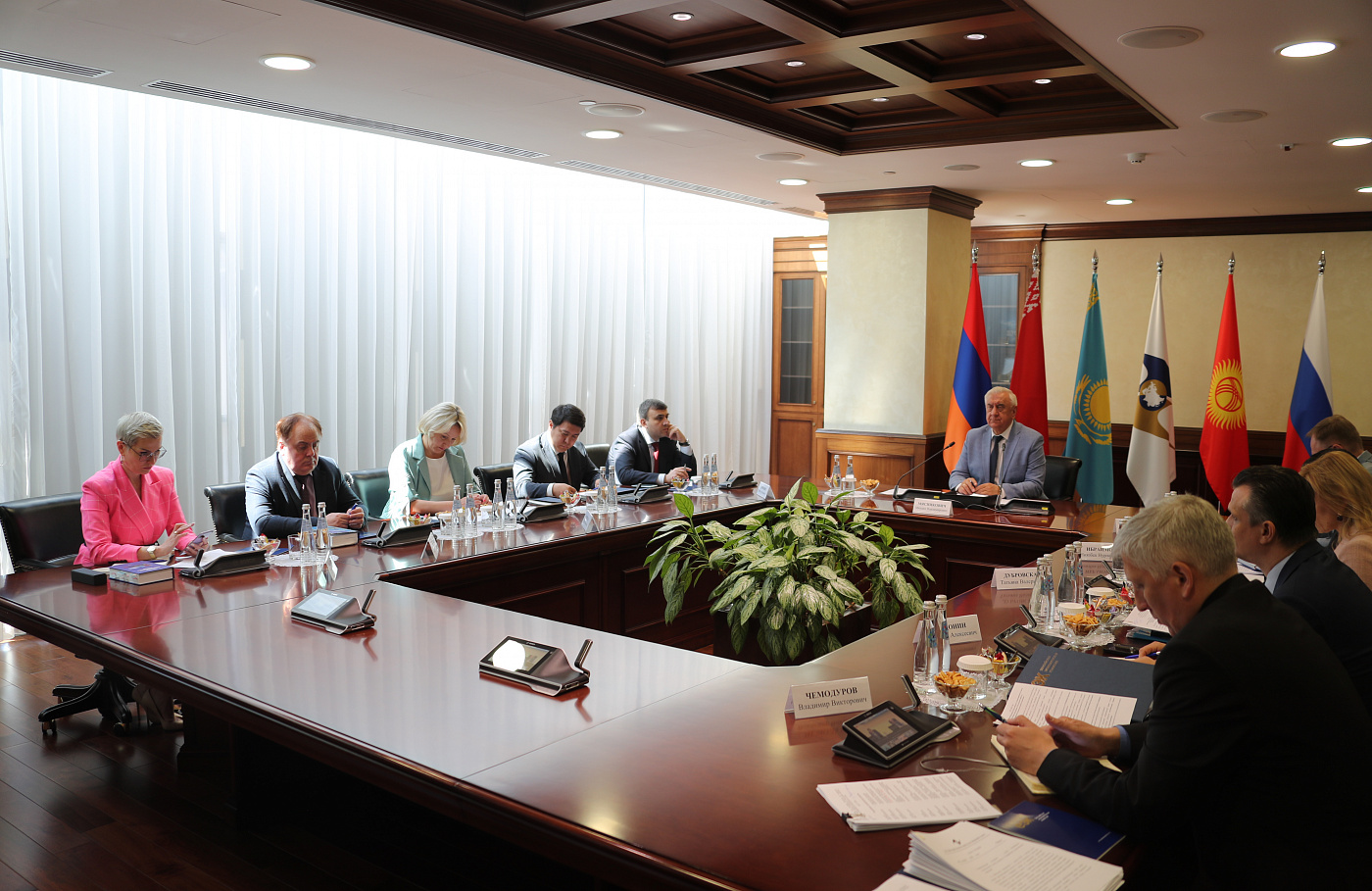 The situation at the checkpoints of the Kyrgyz-Kazakh state border as well as the issues of circulating chemical products in the Eurasian Economic Union and implementing the Agreement on using navigation seals for monitoring traffic were discussed at a meeting of the Operational Committee on settling differences and disputes and ensuring free movement of goods. The meeting chaired by Mikhail Myasnikovich, Head of the EEC Board, was held on June 8 at the headquarters of the Eurasian Economic Commission.

It bears reminding that within the Eurasian Economic Forum and the Supreme Eurasian Economic Council’s meeting held on May 26-27 in Bishkek, the Kyrgyz side broached a question of differences and disputes at the checkpoints of the Kyrgyz-Kazakh border. In this regard, representatives of the Commission headed by Maksat Mamytkanov, Minister in charge of Customs Cooperation, visited the checkpoints jointly with representatives of Kazakhstan, Kyrgyzstan and Russia.

At the Committee’s meeting, the sides expressed their stances after discussing which it was recommended to continue bilateral work.

"Primarily, it is required to improve information exchange. Secondly, the sides should discuss the possibility of organizing internal control over freight traffic heading towards the border. And, finally, the checkpoints should be reconstructed", Mikhail Myasnikovich stressed.

Besides, the meeting attendees discussed approaches to adopting documents regulating the release of chemical products into circulation in the EAEU.

Nowadays, Kazakhstan finalizes draft amendments to the EAEU Technical Regulation "On safety of chemical products" following the interstate approval in the Union countries. The draft amendments suggest clarifying state registration of low production volume chemicals (manufactured or imported to the EAEU market with a volume of less than 1 ton per year) and chemical mixtures. It was decided to submit the finalized document to the Commission for further consideration before July 1.

Furthermore, the sides discussed the issue of applying the accounting system when moving goods from the territory of Kazakhstan to other Member States, in respect of which Kazakhstan applied lower rates of import customs duties compared to the CCT EAEU. This is due to Kazakhstan's obligations amid joining the World Trade Organization. It was decided to include this issue in the agenda of the Council’s meeting to be held on June 10.

The Committee also discussed amendments to the Rules of Procedure of the Eurasian Economic Commission required for implementing the Agreement on using navigation seals for monitoring traffic in the EAEU. In particular, this entails the level of decision-making on using the monitoring process.