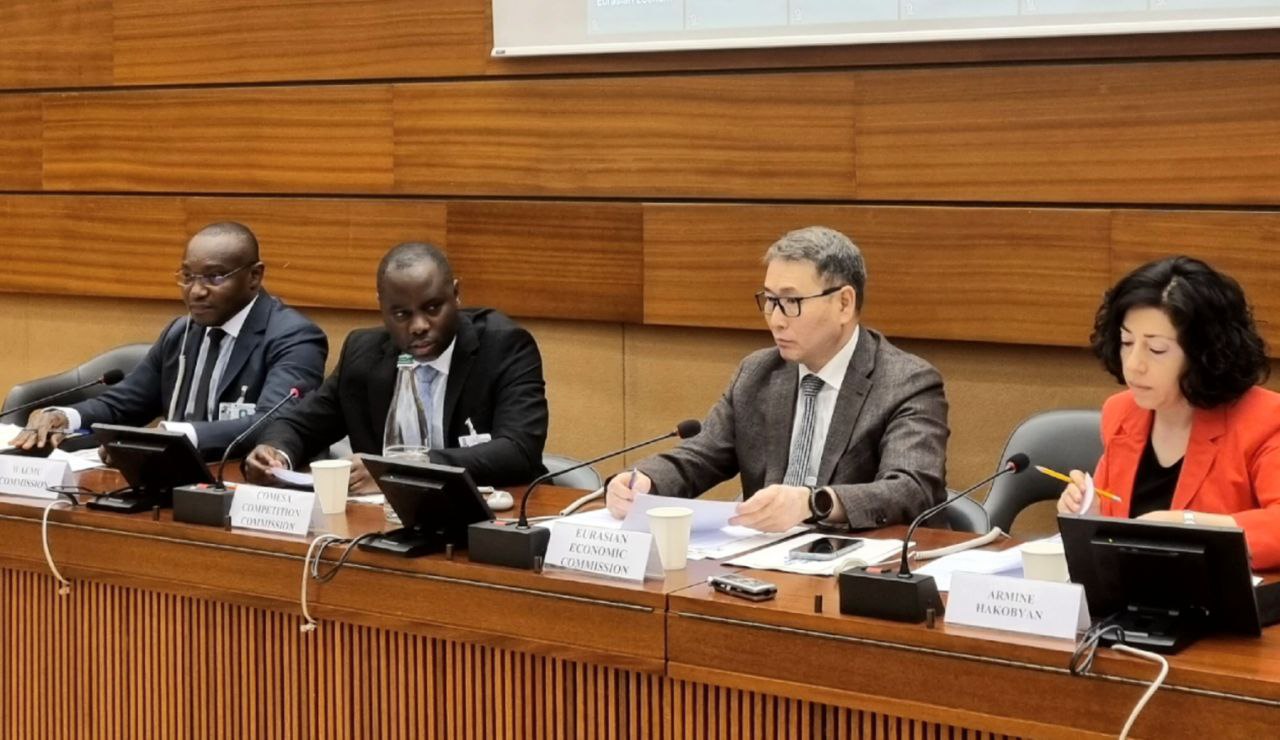 A meeting of global regional organizations vested with supranational powers in the field of competition was held on July 21, 2022 in Geneva on the initiative of the Eurasian Economic Commission’s Competition Unit. The meeting was attended by the Heads of Competition Departments of the Association of Southeast Asian Nations (ASEAN), the Caribbean Community (CARICOM), the Common Market for Eastern and Southern Africa (COMESA), the West African Economic and Monetary Union (WAEMU), and the Andean Community (AC).

The meeting attendees discussed issues of competition advocacy, introducing and using new measures to protect competition by supranational regulators, the experience of cooperation between regional and national agencies to protect transboundary markets from anti-competitive practices, as well as innovations in rulemaking and law enforcement practice in the field of competition.

During the meeting, the Eurasian Economic Commission and the Competition Commission of the Common Market for Eastern and Southern Africa (COMESA) signed a Memorandum of Understanding in the field of competition policy and law enforcement. An arrangement to conclude such Memorandum with the African regional organization was reached on the sidelines of the 19th session of the UNCTAD Intergovernmental Group of Exports on Competition Law and Policy in July last year.

Commenting on the execution of the cooperation document, Arman Shakkaliev, EEC Minister in charge of Competition and Antitrust Regulation, noted that the Memorandum opened up new opportunities for closer interaction between the departmental agencies.

"The signing of the Memorandum demonstrates our interest and willingness to develop cooperation with the COMESA. We will be able to establish experience exchange in investigating violations of competition rules, as well as rulemaking, and hold joint conferences and training seminars", the Minister noted.

"The interest generated by our meeting among regional organizations confirms the relevance and demand for competition issues”, Armine Hakobyan commented.

In turn, Willard Mwemba, Executive Director of the COMESA Competition Commission, stressed that the dialogue between the EEC and the COMESA started in 2019, moved on to a new official footing with closer interaction.