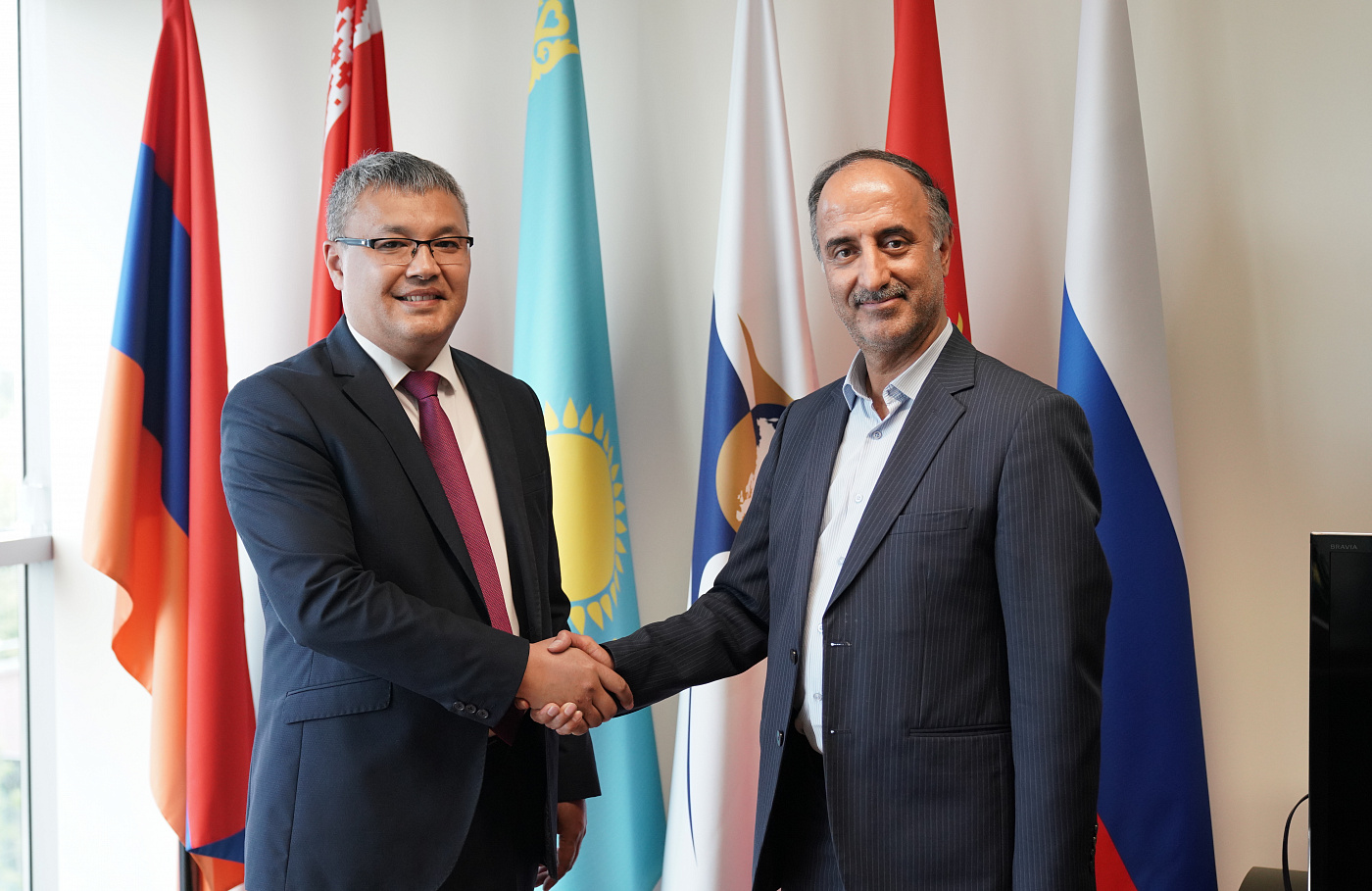 On June 9, Daniyar Imanaliev, Director of the EEC Customs Infrastructure Department, Hossein Kahki, Director General of the International Cooperation Department of the Customs Service of the Islamic Republic of Iran, and Iraj Zarei, Trade Attaché at the Embassy of the Islamic Republic of Iran in the Russian Federation, held a working meeting at the headquarters of the Eurasian Economic Commission.

During the meeting, the parties discussed topical issues of cooperation, including those related to organizing and conducting the first round of negotiations on the draft Protocol on the information exchange between the central customs authorities of the Union Member States and the General Customs Administration of the Islamic Republic of Iran on the procedure for implementing electronic information exchange in accordance with an Interim Agreement leading to the formation of a free trade zone between the EAEU and Iran.

"We see the interest of both the Iranian side and all the Union states in the soonest possible completion of the negotiation process and the protocol execution. Holding the first round of face-to-face negotiations will allow us to discuss and agree on all key aspects of implementing the information exchange and fixing the agreements reached in order to proceed directly to the technical issues development," Daniyar Imanaliev emphasized during his conversation with Iranian colleagues.

He also noted that the execution and subsequent practical implementation of the Information Exchange Protocol will expedite customs operations, increase the goods declaration reliability and the customs control efficiency, including via the risk management system, identify, suppress and prevent law violations and ultimately as a result, increase trust between the countries and their customs services.

Hossein Kahki, for his part, noted the constructiveness of the dialogue established between the General Customs Administration of the Islamic Republic of Iran and the Customs Unit of the Commission as part of the Interim Agreement implementation and expressed confidence in the further strengthening and developing interaction.

Daniyar Imanaliev particularly noted the progress in trade between the Member States and Iran primarily facilitated by the Interim Agreement execution and focused on the importance of developing the North-South transport corridor in the current situation. He also informed the Iranian colleagues about the new Commission's projects and the implementation of the Strategic Directions for Developing the Eurasian Economic Integration until 2025.

"Creating the digital transport corridors, modernizing the customs infrastructure will help to ensure that goods move quite actively and seamlessly."

Hossein Kahki, in turn, said that the Iranian customs service also pays great attention to digitalization of all processes while focusing on international experience and standards being formed on the World Customs Organization's platform.