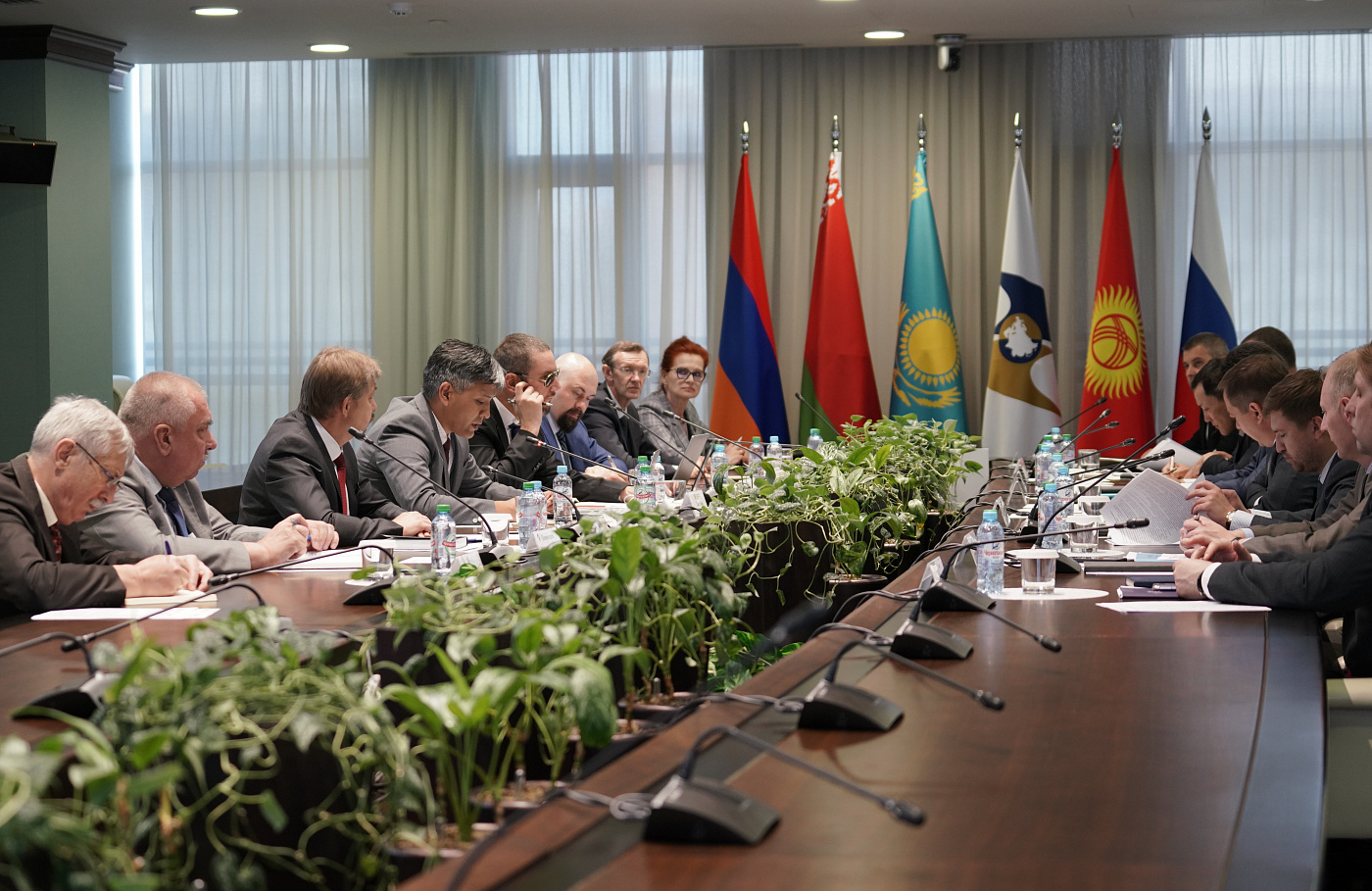 The issues of current epizootic situation with regard to bovine spongiform encephalopathy (BSE) across the globe, including in the Eurasian Economic Union States, the requirements of the World Organization for Animal Health (OIE) to be met in order to attain respective status of the country regarding this disease, as well as the mechanism for its granting, were considered at a seminar organized by the Eurasian Economic Commission and the OIE Regional Offices in Moscow and Nur-Sultan for the EAEU countries’ veterinary services.

"The issues of granting the country a controlled or low BSE risk status are relevant today, since this status enables the country to significantly improve its export potential. For the Union countries, this is one of the important objectives of increasing exports", stressed Viktor Nazarenko, EEC Minister in charge of Technical Regulation.

The seminar was attended by the OIE leading experts and heads of the EAEU States’ authorized veterinary bodies. Some information was presented on the epizootic situation with regard to bovine spongiform encephalopathy across the globe and obtaining the OIE status for this disease. The EAEU countries’ authorized bodies exchanged practical experience.

The information and knowledge gained during the seminar will be used in improving existing and elaborating new regulations included in the Eurasian Economic Union’s law, in particular, the Procedure for interaction between authorized bodies when obtaining the OIE certificates on the country status for animal diseases, and will also help the EAEU countries’ veterinary services in organizing and taking measures aimed at preventing the importation of BSE into the territory of their States, as well as obtaining the OIE respective status for this disease, with due regard to the OIE recommendations and the world’s best practices.

The seminar was held as part of implementing the joint activities program of the Commission and the OIE for 2022-2024.

The World Organization for Animal Health (OIE) is an intergovernmental organization responsible for animal health worldwide. It is recognized as a reference organization of the WTO.

The OIE’s primary mission is to improve animal health and welfare and veterinary medical care. The OIE members are 182 States, including the EAEU countries.

Bovine spongiform encephalopathy (BSE) is a chronic disease with a long incubation (latent) period; its diagnosis and the epizootic situation monitoring require significant organizational efforts and material costs. This disease registered in the country sharply limits (up to a ban) the possibility of moving beef and other products obtained from the slaughter of bovine cattle to other Union States, as well as exports to third countries.

The Procedure for interaction between the EAEU States in prevention, diagnosis, localization and elimination of foci of extremely dangerous, quarantine and zoonotic diseases of animals and for regionalization and compartmentalization approved by Decision No. 79 of the EEC Council dated November 10, 2017, is planned to be supplemented with a new section "Interaction between authorized bodies in obtaining certificates of the International Epizootic Bureau on the country status for animal diseases", which will use, inter alia, the information obtained during the seminar.