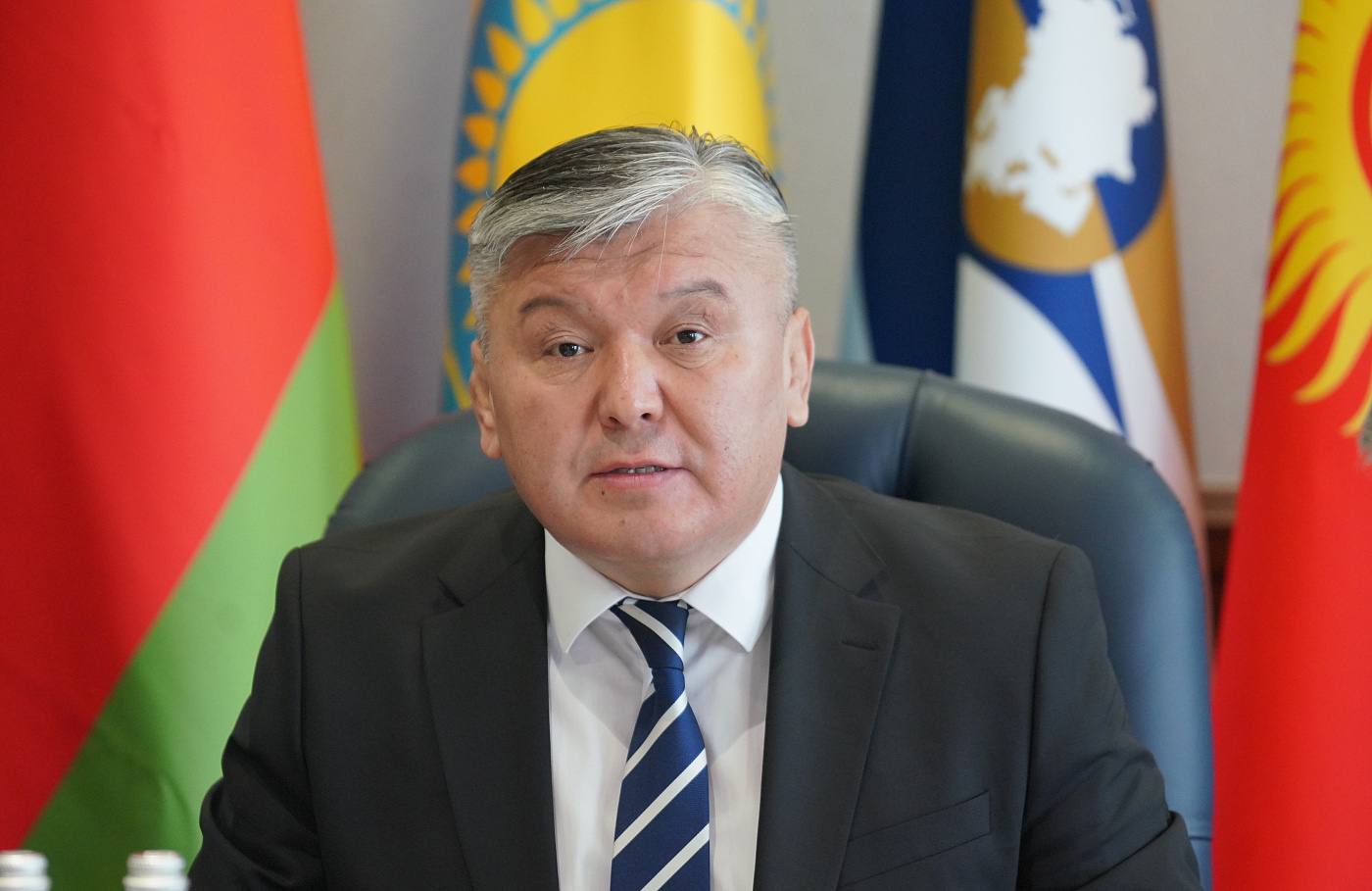 Interim results of implementing the second stage activities of the roadmap in the field of natural monopolies were summed up at the 25th meeting of the sector-specific Advisory Committee of the Commission chaired by Arzybek Kozhoshev, EEC Minister in charge of Energy and Infrastructure, held on September 16.
The Committee reviewed the progress of work on the draft recommendation of the Commission’s Board "On applying unified principles and rules for regulating activities of the EAEU countries’ natural monopoly entities” as well as draft proposals to the list of regulatory legal acts of the "five" countries that should be harmonized and converged. The meeting attendees noted the relevance of the projects under development, since they are directly related to subsequent amendments and additions to the Union countries’ legislation.

The meeting also approved the structure of the report (information) on the work done in the sphere of natural monopolies for 2022. Later, it will be submitted to the Union's governing bodies. It is planned to submit the document to the Heads of State in May 2023.

It bears reminding that the provisions of the Treaty on the EAEU apply to the natural monopolies’ services affecting trade between the EAEU countries. These services include transportation of oil and petroleum products, electric power transmission, services of main railway networks, rail transportation, airport and port services, air navigation services, etc.

The roadmap for sequencing the harmonization of the EAEU States' legislation in the sphere of natural monopolies was approved by the EEC Council in December 2017 and consists of three stages.

At the first stage (2019-2020) legislative acts of the Union participating countries were analyzed in their entirety.

The roadmap's second stage contemplates elaborating four documents, two of which were adopted by the Commission’s Board this year:

- recommendation "On quantitative and qualitative indicators for assessing the harmonization of the legislation of the Eurasian Economic Union Member States in the sphere of natural monopolies (adopted by the Commission’s Board on March 22, 2022, No. 9),

- recommendation "On the key criteria and conditions for classifying services as natural monopoly services" (adopted by the Commission’s Board on April 19, 2022, No. 15).

At the final stage, measures should be implemented to harmonize legislation by the Union States and monitor the execution of the Supreme Eurasian Economic Council’s instructions by the Commission.