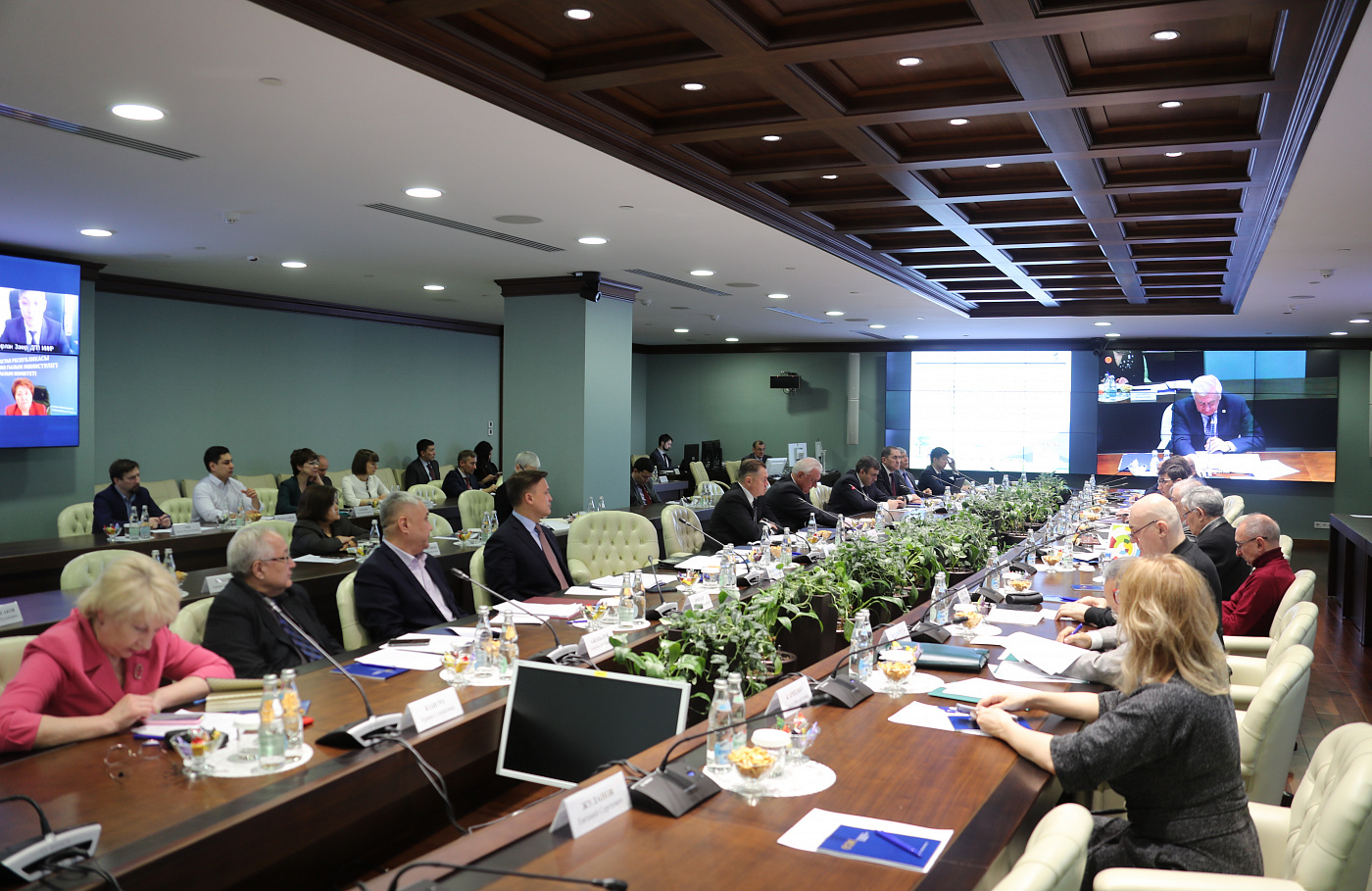 As Mikhail Myasnikovich, Chairman of the EEC Board, has stressed, the current year has made significant adjustments to the Commission’s activities. Daily efforts are taken to implement measures to improve economic stability of the Union States.

"Problematic issues that require additional efforts of the Commission, the Member States and the Scientific and Technical Council experts are already obvious", Mikhail Myasnikovich said and invited the meeting attendees to submit their ideas and proposals.


According to Alexander Okunev, Deputy Vice-President for Regional Development and Interaction with the CIS of the Skolkovo Foundation, many companies relocate within the EAEU today, and now business is more ready than ever to cooperate.


"Businesses that have moved want to realize their capabilities. Many are ready to create consortia, including in the field of information technologies. Therefore, information on the EEC and public authorities’ position on forming cooperation ties is very much in demand now, and the mapping issue is very interesting to understand where and what best practices exist", Alexander Okunev noted.


In order to help the businesses to “gather” cooperation ties, Sergei Glazyev, EEC Minister in charge of Integration and Macroeconomics, proposed to hold a conference on the sidelines of the Eurasian Economic Forum to be held on May 26-27 in Kyrgyzstan.

The project of creating the Ala-Too Eurasian Technopark at the premises of the Academic Consortium "International University of Kyrgyzstan" is the first example of such cooperation. It was presented by Asylbek Aidaraliev, Adviser-Special Representative for Sustainable Development to the Chairman of the Cabinet of Ministers - Head of the Presidential Administration of the Kyrgyz Republic. He has stressed that the Technopark will lend support to resident companies at all stages of the project activities, starting from the idea to obtain a prototype model and bring the product to market.

Active Technoparks of Russia, Armenia, Kazakhstan, Belarus and Kyrgyzstan will be its founders. The Technopark will promote and implement innovations and technological advances of the EAEU countries’ scientists and inventors in the agro-industrial, recreational and sports, fuel and energy sectors and satellite-based technologies.


"At present, start-ups in the field of biofuel production, medicine and aviation security are planned to be implemented", Asylbek Aidaraliev said.


The Scientific and Technical Council supported the idea of creating this Technopark.

A project in the field of digital healthcare - creating compatible national AI telemedicine systems - was presented at the meeting of the Scientific and Technical Council as well. According to the project’s author - Mikhail Natenzon, Chairman of the Board of Directors of the Scientific and Production Association "National Telemedicine Agency", the EAEU countries need not just modernize existing healthcare systems, but create new ones. The new system could consist of two parts: a network of telemedicine centers in in-patient facilities of health care institutions and systems of mobile complexes in rural, remote and hard-to-reach areas.


"The capacity of such complex is 20 thousand people per year. That's basically a mobile outpatient clinic. Moreover, all equipment presented therein is manufactured in Russia", Mikhail Natenzon noted.


It was decided to submit this draft to the Union States’ authorized bodies for consideration.

The meeting attendees also discussed some changes in the global financial and trade architecture as well as preparation of a strategic program for the Union's scientific and technical development scheduled to be approved in 2023. The necessity to intensify joint work through creating a special working group involving the Member States' representatives was mentioned.

The next meeting of the Scientific and Technical Council is scheduled to be held in June.

The Scientific and Technical Council under the Chairman of the EEC Board was formed as an open discussion and advisory platform for discussing a wide range of issues of the Eurasian economic integration and further development of the Eurasian Economic Union from a scientific and expert points of view. The Council members consider models and forms of economic integration, discuss relevant matters of the global economic development and global challenges, study efficient regulatory practices of international integration associations, work out proposals for developing interaction between the Union countries in promising areas of economic integration. The Council’s activities contribute to improving the Commission’s work related to scientific research and projects.

The Council is headed by Mikhail Myasnikovich, Chairman of the EEC Board; Sergei Glazyev, EEC Minister in charge of Integration and Macroeconomics, is his deputy.

The Council’s Presidium is formed of deputy heads of the EAEU countries’ public authorities in the field of science and higher education, heads of national academies of sciences and the Commission’s ministers.

Representatives of the Union countries’ scientific and expert community as well as the EEC officials and employees work in the Council within the expert group based on their professional background.

Information about the Council's activities is available on the Commission's website.