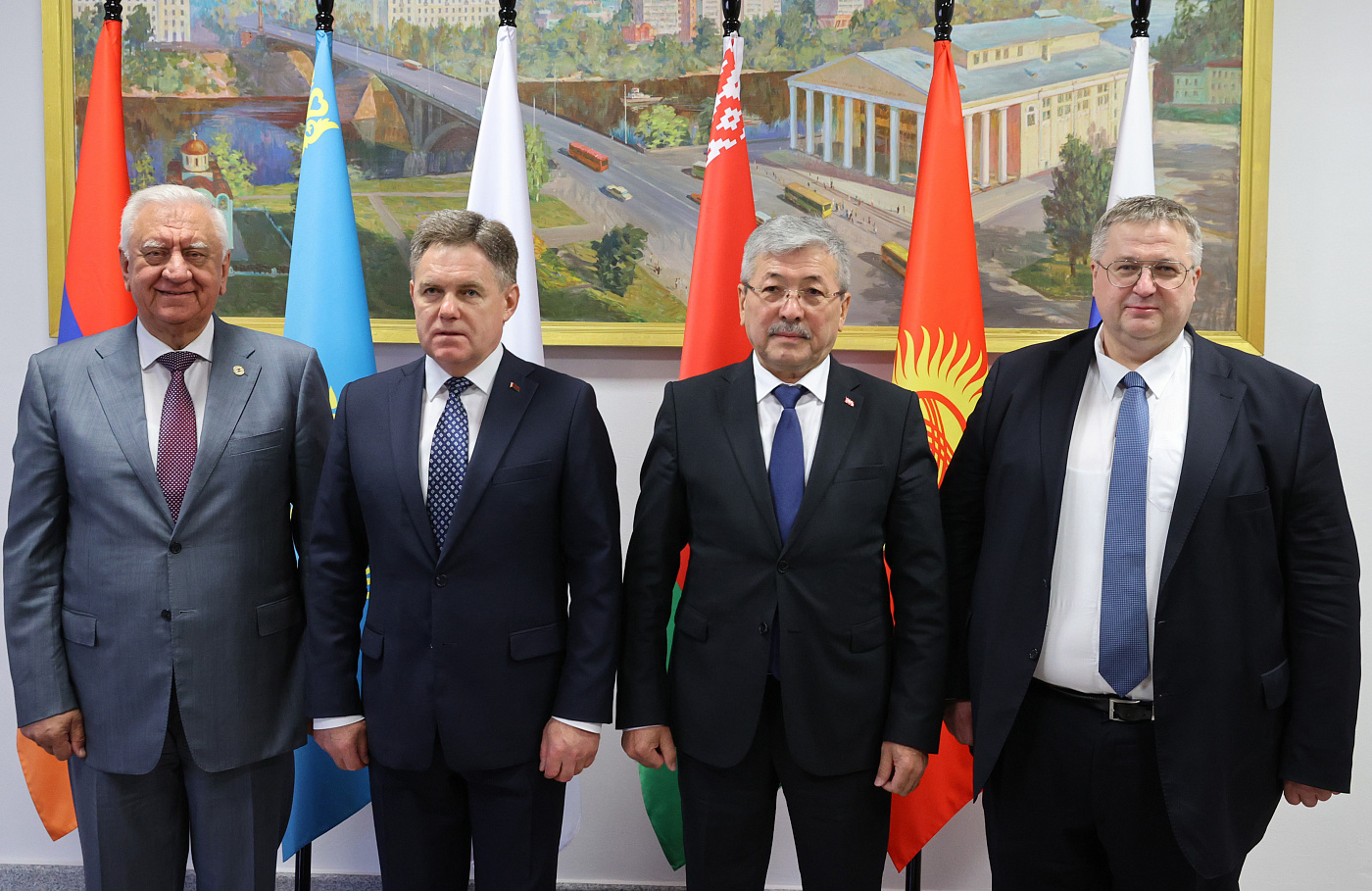 A meeting of the Eurasian Economic Commission's Council chaired by Adylbek Kasymaliev, First Deputy Chairman of the Cabinet of Ministers of the Kyrgyz Republic, involving Members of the EEC Council and Mikhail Myasnikovich, Chairman of the EEC Board, took place on July 15 in Vitebsk (Belarus) in a face-to-face format.

The EEC Council approved a temporary procedure for confirming compliance with the requirements of the EAEU technical regulations for e-commerce goods. The procedure will be applied during pilot projects in the field of foreign e-commerce.

The EEC Council has amended the technical regulations of the Union "On Safety of Milk and Dairy Products". Adapted or partially adapted initial or subsequent liquid mixtures, drinking cream and milk, as well as fermented milk products for infants in a sealed 0.5 L package will be available on the domestic Russian market by December 31, 2022.

The EEC Council has decided to complete the unified list of quarantine items of the Eurasian Economic Union with 11 types of hazardous organisms, such as the Western potato flea beetle, Western cherry fly, etc. They damage fruit trees, vegetable crops, flowers and other plants and can cause serious damage to the EAEU countries' economies.

The EEC Council has adopted a supplement to the EAEU Rules for Conducting Studies of Biological Medicinal Products. The document establishes unified, objective and transparent rules for conducting studies of blood products as well as excludes the provision of unreliable data on the safety of these products.

The EEC Council has established an additional simplification for authorized economic operators (AEOs). It will make it possible to mark foreign goods with identification means without the permission of the customs authorities.

The EEC Council has expanded the list of high-priority goods in terms of customs operations as part of the implementation of measures to increase the stability of the economies of the EAEU Member States. Now imported components for the food and other industries of the EAEU will be cleared faster.

Members of the EEC Council have instructed the EAEU countries' authorized authorities to work on contracting sugar supplies within the mutual trade to meet existing domestic demands.

The EEC Council has amended the Competition Assessment Methodology in terms of determining the special aspects of analyzing the state of competition in digital markets, as well as confirming the Commission's powers in such markets.

The EEC Council has amended the Procedure for Considering Cases of Violation of Competition Rules on Transboundary Markets. The document clarifies the requirements for drafting decisions of the Commission's Board.